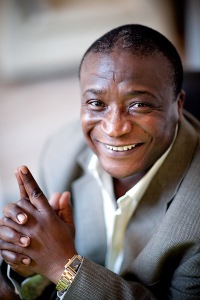 O edl’ ihlaza! That’s isiZulu language, South African poetry at its most elegant for you: You are eating it while it’s still green (read: You’re eating it raw)! Ever eaten an unripe fruit? Sure not the best of tastes, not the best of chews; like getting caught in the act with your lover’s best friend by your lover, on their own bed in their own house.

Now, that’s one big screw up. Much as the acute diarrhoea and abdominal pains you’ll suffer after eating a green, unripe fruit. Assumption is that you don’t die. You dead, you fucked, it don’t matter no more. Wilfully eating an unripe fruit can also be indicative of the immaturity, ignorance, sheer stupidity, and lack of sophistication of the mind of the consumer, a green mind. Mind makes the person … (Continued in the book: “MACHONA AWAKENING – home in grey matter”. Order book on Amazon).

HOME AT LAST! Part 10
LIFE IN THE DIASPORA – MUCH TO PROVE 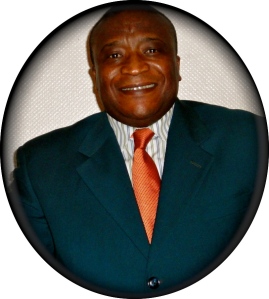 Once you land in exile, even more so if you do eventually get stuck out there, you have everything to prove. You have to. Your life depends on it. Exile confronts you first and foremost as the individual. Troubles in your country of origin will only make sense, or not, on the basis of what story you talk and walk. Consciously chosen or not, it may be your mission to be a Messiah for your people. Prove that you are; their lives depend on you.

Regardless of your real or imagined social status in your homeland, the fact that the latter and yourself can no longer thrive in each other’s presence, and because countries do not move, people do, you hit exile with much of you hanging on the line … (Continued in the book: “MACHONA AWAKENING – home in grey matter”. Order book on Amazon’s CreateSpace here).

MY TURF, MY RULES, MY GAME.

”I know you! I know about you more than you know yourself. I’ve read about you people, you know. I know your history” Oh, Jeeezuss, not another condescending fool in the 21st century!

I left the world I knew out of a strong desire to grow and be a better human being by subjecting myself to challenges of living anew in a new, unknown environment. I chose to leave, and sacrifice, the relative safety and comforts of the world I knew, essentially to satisfy my own personal needs, ambitions, goals, and dreams.

But of course, yes, the land of my birth was a land of extreme unfairness and injustices to humanity. I couldn’t continue to live and realize myself and my full potential under the prevailing circumstances at the time I decided to go away, out in the wide, open world of endless possibilities.

I chose to leave because I felt I could better fight for change and transformation in the land of my birth as a more knowledgeable, and more cultured man of the world. Millions others chose to stay. Thousands upon thousands of these got maimed, imprisoned, and murdered. Freedom is also about the individual choosing how they want to wage their own personal, as well as collective freedom struggles. I choose to kill, rather than die for my freedom. I am no use to anybody dead. The dead are just that; dead. Subjects for myths and mystics cultivations. But they will forever remain as they’ll have become, dead and useless in practice.

As far as I saw, and defined it, then, ignorance was the root cause of all evils of unfairness and injustices against humanity. It is still my daily mission to go out and kill and destroy ignorance, promoting enlightenment in my struggle for freedom, both as an individual, as well as a member of the freedom-addicted global citizenry. Well and good if I become internationally renowned as a freedom-fighting legend. But I’m really not keen on consciously working to be a prominent face, and champion of the masses in the process. I am not cut out for it, it’s not in my chemistry; it does not resonate with my intellectual, philosophical, and spiritual make-up. There can only be so many Nelson Mandelas, as far as I’m concerned.

The hero in me breeds himself in the eyes of the beholder. I am first and foremost my own hero. If I inspire others to awaken and nurture their own heroes in themselves, then I am most happy. The scourge of ignorance on humanity is so large no hero can eradicate it alone. I will continue to fight for freedom on my own terms. Much as I live in Norway on the same terms as a free man, within the confines of the law of the land, as well as normal cultural and societal imperatives of the people of the land.

Living in Norway on my own terms means that I and I alone, am responsible for how my life shall be, and is, organized in relation to my duties, responsibilities, and obligations to both the local and global civil society, as well as to myself. I independently chose my job, my career, my business. I have, acting as a free and independent man in a free world of free individual choices, chosen to remain single until further notice.

I have freely chosen, and I choose, my friends. Those of my friends who chose me first have become my friends because I chose to accept their friendship overtures, obvious or otherwise. I have also before opened my heart to people who in time turned out to be bad influences on me. Had I known better, I would never have chosen to have anything to do with these people, for starters. No regrets though. A man’s gotta do what a man’s gotta do when what’s gotta be done’s gotta be done.

Nevertheless, those who’ve messed my life up big time before must have reason to be afraid whenever they think of, or see me. I may not be vindictive by disposition, but I do not forgive. Forgiveness is for the holy and righteous. I am only human. I do not know how to turn the other cheek; I choose not to. I loathe pain and suffering when inflicted upon me, and others, out of pure and deliberate malice.

As a result of ignorant and unenlightened, as well as philosophically and spiritually vain leadership, administration, and management, even more inhuman suffering, pain, and misery are daily inflicted upon millions of people all over the world. Free people of the free world will react and respond in each their own respective ways to these extreme living and dying conditions of those most unfortunate people exposed to abysses of human cruelty and brutality elsewhere; some being more vocal, and more visible than others.

Taking sides, or being neutral; the latter being more interested in the content, principles, and ramifications of the acts of both the agents of agonies and the victims. Victims do fight back also. That’s how freedom fighters, heroes, legends, and saints are made; depending on the eye of the observer. To choose or not to choose a side, it’s everyone’s prerogative in the worlds of the free.

I, therefore, do not owe it to any one to want to overtly make noise for, or to front a cause locally or globally, just because I am successful and I live in the best and richest country in the world, and I am the strongest man I know. I am the strongest man I know in the world to the extent that I know my potential in so far as my intellectual faculties and material endowments go. All this as shaped and conditioned by the free personal choices I have made, and continually make, with regard to how I shall organize my life in my chosen style of fighting unfairness and injustice in the world.

To those ears which choose not to know how to hear; and to those eyes which choose not to know how to see, I have chosen to be a silent and invisible agent and courier of change, enlightenment, and progress to the worlds of those I am mutually allowed to touch, as a matter of both individual and collective exercise of the right to choose or not to choose, in a free world.

So, did you know this about me? If yes, then you must be God; you must be the force swimming circles in my brains, playing with my thoughts and my feelings. Do you want to take responsibility for my life? Do you want to take responsibility for the many acrimonious outcomes of the ill-guided choices I have made in my life before? Were you a part of that, to begin with? No? I thought so. Man, this is MY life! I choose and play My Games. I choose, design, and construct My Turfs. I make My Rules.

I love my lands of the free and the mighty. Imperfect and decadent as they may be in the eyes of the ignorant, who choose to be oblivious to a thing called human dignity.