I once again emphasize that I am the proudest Black African man I know. 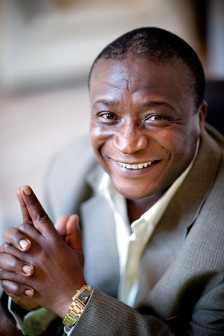 My fear of China is not so much of the people of the land, but the mode of governance and social control of the people by the ruling state apparatus. The people of China have given us Bruce Lee after all. They have given us TCM (Traditional Chinese Medicine) as well. But life without Google must be an excruciatingly painful emotional experience. On the other hand, and seen from a purely business perspective, Communist China impressively runs globally the most efficient and effective State Capitalism industrial-commercial complex expansion today.

One of my best long assignment papers while a student at UNZA almost 30 years ago was in response to the question: IS AFRICAN POLITICAL AND ECONOMIC INTEGRATION FEASIBLE? I took the position NO!  Acknowledging, though, that the political and economic integration of the continent would be a massively effective development and progress machine were it to be attainable and sustained. I argued that if the concept failed to work at the then EEC level, there is no way it can work in Africa. This was because, I went on, post-colonial Africa was/ is polarized in more or less similar political and philosophical thought, as well as political economy orientation as the former European colonial masters. The same polarization is observable at the socio-cultural influence levels also.

It is my contention that 21st century Europe owes it to Africa, and not in the least the world, to get its act together. From a historical perspective, it is an acknowledgeable fact the events in Europe, as well as consequences of global European adventures and misadventures, have had a bearing as to the direction of progress and development of/ in other parts of the world. I shudder to think about the likely nature of power relations in the world should China eventually break and take over the global hegemony of the Western European way of living and social organization. Therefore, it is my hope that the NOBEL PEACE PRIZE 2012 awarded to the EUROPEN UNION will continue inspiring Europeans to continue working towards finding a common ground of addressing and solving the enormous economic and political challenges facing Europe and the world today. The Union must continue the decidedly important effort of contributing to “… the advancement of peace and reconciliation, democracy and human rights in Europe”, as well as the rest of the world.