No, it’s not the end of the world yet
You are still alive
I burn you with my words
Salivary showers follow my speech
Not to give you comfort
But to moderate the heat somewhat
You mustn’t pulverize yet
I need you alive
You gotta hear what I gotta say to you
Even if yours are lead-soldered ears
Read my lips, nincompoop

Read my lips
Yes, I am one
Angry Black Man
My rage is wild
My rage is raw

Things will never be the same for you
Your time is up
Shut the fuck up
You’ve said enough
You’ve caused enough damage already
My bitterness is five hundred years old
You can’t stop me now
GRRRRHHHRRR…MHRRR…!!!
You wanna hide now
I’ll search for you
I’ll find you
This world is mine

In a million voices

In all corners of the world

Speaking about a terminally ill Nelson Mandela and South Africa on Norwegian TV2 end of June 2013, I was asked about the condition of Whites in South Africa: Do they have anything to fear for their future in the country?

I answered that if nothing happened in 1994, nothing is ever going to happen to them. South African Whites must just stay at home because they are needed for their knowledge and skills in the process of growth and development of the country. I went on to say that despite the much talked about problem of corruption and other manifestations of good governance inadequacies in the country, democracy was now firmly ingrained in the more open, and free post-apartheid South African society.

Indeed, the high and mighty in the state apparatus will in the short to medium term stretch the law when exposed of their corrupt practices and other vices. But, in the long run, processes as provided for, and backed by, relevant democratic institutions and organs will insure that all law breakers will be caught, and shall be punished accordingly if found guilty in legally instituted courts of law.

South African Whites have nothing but their own fears of the unknown to fear.  I cannot think of anybody in the current political dispensation sitting somewhere plotting, alone or together with others, the annihilation of the White Race in South Africa. Private, for purposes of this discourse, Black South Africans, despite their horrendous pre-1994 history, have other real and current issues to worry about than driving White South Africans out to sea and disappear: Poor Service Delivery, Child Abuse, Violence Against Women. Chances are higher by far that at this very moment a child is being brutally molested, and a dejected lover is killing a woman who doesn’t love him anymore.

Despite the rather characteristically loud, small-scale populist rhetoric which South African democracy necessarily allows adequate room for, there is no single landowner whose land shall be repossessed without compensation, where applies. To the extent that conventional paper work pertaining to land and property ownership is in order, appropriate laws, as well as conventional business negotiations methods shall be followed to subsequent mutual satisfaction of all parties concerned.

At its most elegant, democracy works systematically and orderly. Choosing to ignore democratic principles and processes would only lead to chaos, and, at worst, war and total disintegration of the gracious Rainbow Nation of South Africa. Free South Africans with nothing to fear have no time for wars and destruction. This country is just too beautiful to burn alive in pursuit of selfish ends driven by ignorance of the functionings of modern, progressive societies.

People die. People are killed all the time. Criminals kill people. From the outset, we are all equally vulnerable to hideousness of crime. What differentiates us is how security/ safety conscious or non-conscious we are. Who is better security/ safety conscious than White South Africans? No one does it better … (Continued in the book: “MACHONA BLOGS – As I See It”. Order Simon Chilembo books on Amazon) 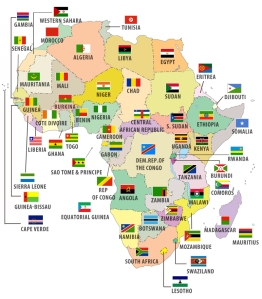 African dictators and despots are exactly at a place they ought to be on earth. Africa is a natural haven for autocratic rulers.

As reportedly the oldest people on earth, Africans must for generations have persevered and survived such awesome battering from nature that fear of, and reverence for, power, authority, and influence come as second nature to them. So, if you are a person of ethical standards and moral values divergent from definition of the same in the progressive world of freedom, justice, and democracy, you have a free hand to dominate and destroy your land.

You can, furthermore, destroy your people’s natural aspirations for a good life of abundance, comfort, safety, and infinite prospects for growth, development, and prosperity. Just be atrociously brutal and effective in dealing with those of your people reluctant to acknowledge and follow your pathetic rule and leadership style.

Kill them in cold blood, and feed their corpses to the dogs. Much like nature in the beginning, and subsequent conquerors from other parts of the world, colonizers, did before your time. Works all the time. If your land lacks any specially value adding material and other attributes to the rest of the world, nobody will give a hoot.

Africans truly love their culture. Primitive, timeless culture. The oldest instrument of social organization and control on earth. A culture which remained static and closed-minded while the rest of mankind later moved on, … (Continued in the book: “MACHONA BLOGS – As I See It”. Order Simon Chilembo books on Amazon)